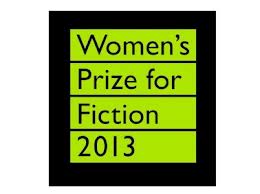 More for your reading lists!

I’m a little late on these, as usual, but I wanted to mention three award lists I’ve seen recently.  The first is the Women’s Prize for Fiction, which was formerly the Orange Prize for Fiction.  The Longlist for the 2013 Women’s Prize is listed here, and it has some great reads on it.  So far I’ve only read Life After Life and Gone Girl, but I’d like to read Where’d You Go Bernadette and Flight Behavior and I have The People of Forever from NetGalley.  I started Zadie Smith’s NW, but didn’t get very far.  The shortlist will be announced April 16.

Australia’s most prestigious literary award was established through the will of the writer Stella Miles Franklin, best known for her novel My Brilliant Career. The bequest came as a surprise to the literary world as Franklin had told nobody – save her trustees – of her plans.

Miles Franklin had first-hand experience of the struggle to make a living as a writer and was herself the beneficiary of two literary prizes. She was also extremely conscious of the importance of fostering a uniquely Australian literature. She wrote,

“Without an indigenous literature, people can remain alien in their own soil.”

Accordingly, the Award is presented each year to a novel which is of the highest literary merit and presents Australian life in any of its phases.

Since I’m a little obsessed with Australia these days, this list is timed perfectly to give me some reading ideas before and during my trip.  There are two books on both longlists, The Light Between Oceans and Mateship with Birds.  Unfortunately I can’t get most of these books in the U.S. yet.  I think the only two I could buy for my Kindle were The Light Between Oceans and Floundering.

Have you read any of the books on these lists?  What do you recommend?

← It’s Monday, What are You Reading?
Review of On the Road by Jack Kerouac →

3 comments for “More for your TBR Pile: Three Award Lists to Check Out”