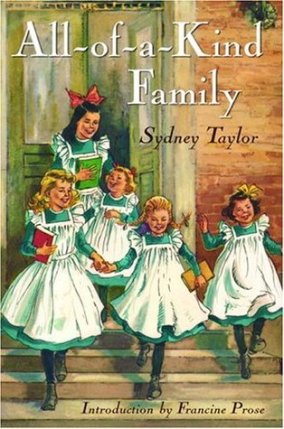 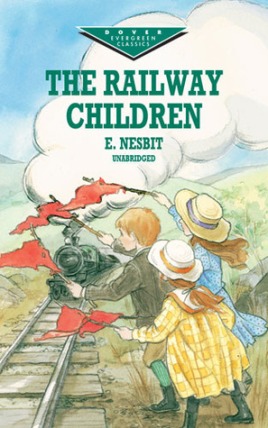 Next in my exploration of children’s classics written by women are The Railway Children and All-of-a-Kind Family, both set around the turn of the century, although The Railway Children was actually published near that time, while Family was published in 1951.  Both novels are written by women about families that are struggling economically.  Both have a positive view of children and family.

Edith Nesbit was an English author and poet, born in 1858 and died in 1924.  She published under the name of E. Nesbit, and she wrote or collaborated on more than 60 books of children’s literature.  Many of her books involved realistic families and contemporary times but also magic and fantasy (rather than creating a separate fantasy world like other children’s books of that time).  She’s been credited with inventing the children’s adventure story.

The Railway Children deals with more serious issues.  In the first pages of this novel, Nesbit shows us the idyllic life of this perfect family.  Then, she says bluntly, it all goes away.  The children’s father leaves under mysterious circumstances, and the family can no longer afford their nice home.  They move to a smaller place and begin a new life.  The children are troubled by the absence of their father but make the most of their new home, which is next to a railway station.  They befriend the station porter, wave to the people going by in the train each morning, and have adventures as they explore their new neighborhood.

Nesbit raises serious issues, such as spying, imprisonment, poverty and Russian refugees, but the story never gets too serious, and some of these issues are resolved fairly easily.  Roberta, Peter and Phyllis are good children, they don’t fight much, and they try awfully hard to help people around them (they throw one man a birthday party, rescue an injured boy, and even prevent a train accident).  In some ways this book reminded me of A Little Princess by Frances Hodgson Burnett, although I find that book much darker (and very worth a re-read). 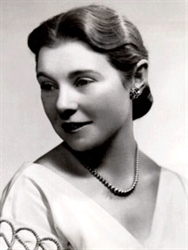 Sydney Taylor (born Sarah Brenner) lived from 1904 to 1978, the daughter of Jewish immigrants who settled in New York City in 1900.  She published four books in the All-of-a-Kind Family series and a number of less well-known children’s books.

The All-of-a-Kind Family is about a Jewish family living in a tenement in New York City in the 1910’s.  I read this book repeatedly as a child, although I don’t know how many of the sequels I read.  Picking up this book, I was surprised at the memories it evoked, particularly the first chapter, where Sarah has to go to the library and tell the librarian she lost a book.  Sarah’s anguish in this chapter mirrored what I myself would have felt as a child (when the library seemed like the most important place in the world).  Poor Sarah is worried she might not be allowed to check out a book ever again.

I don’t know if there’s anything terribly literary about this book (the children are awfully cute) but what made it stand out for me is its focus on Jewish practices.  I’m not sure I remember ever reading another children’s book about a Jewish family, if you don’t count books about the Holocaust.  This is book about the day to day life of a Jewish family in the 1910’s, and for that reason alone, it felt terribly important to me.  Taylor writes about Jewish traditions in such a loving, positive way, and also shows how this family interacts with their non-Jewish friends. It’s also a book about five sisters (I have three) although I can honestly say we weren’t nearly as supportive of each other as the girls in this book.

Family reminded me of Betsy-Tacy in a lot of ways: both portray loving families and day to day life in America around the turn of the century.  Unlike a lot of children’s books, including The Railway Children, the parents aren’t missing or absent.  These are warm-fuzzy children’s books, with beautiful illustrations, that present some serious issues but not too many, and both give us a window into the writer’s childhood, over a hundred years ago.

I read these books for the Classics Club’s Women’s Classic Literature Event.

← Death at St. Vedast by Mary Lawrence
2016: My Year in Blogging and Reading →