Cathy from 746 Books has started a series called The Books that Built the Blogger, and the idea is to talk about the books that have most influenced you.  I spent a few days thinking, but these are ones that immediately came to mind. 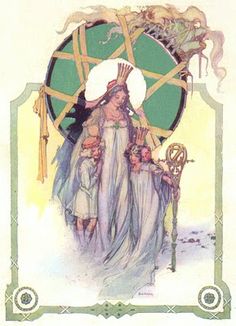 Recently I wrote a guest post for Lory at Emerald City Book Review on my love of the Oz books as a child.  Simply put, they were my escape, my personal fantasy land.  They are full of wonder and adventure. Although written over a hundred years ago, the books feature powerful girls and women, often in leadership roles. The books also question traditional stereotypes about who is good and evil, or who is smart and stupid.  Every character in these books has different strengths and weaknesses, and sometimes the books are simply about getting along in a crazy, mixed-up world.

Baum is not considered to be an exceptional writer, for reasons well explained in this great post (also on the subject of books that shaped us) by Emerald City Book Review.  Readers today will find his language pretty dated, but I still find much of his political commentary to be terribly relevant.  He loves to satirize weak, selfish rulers; ignorant professors; and incompetent magicians.

There is a great deal of humor in these books, but I loved them for their sense of magic and exploration.  Oz is a land with beauty – and trouble – around every corner, and I definitely grew up with the idea that I needed to keep my eyes open to the wondrous things that might be around me.  Just in case.

Adolescence: The Return of the Native by Thomas Hardy 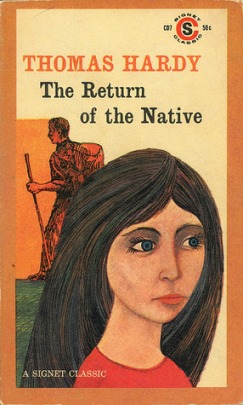 There are plenty of books that shaped me in my teenage years.  I read everything from Sweet Valley High to Stephen King to Roots.  As a reader, I never liked the books I was assigned in school, but my senior year AP English class was particularly challenging.  I spent most of the year reading (or pretending to read) books I absolutely hated by Dostoevsky, Joyce, and Conrad.  But at the end of the semester we could pick our own book to study, and my teacher suggested The Return of the Native.

Right away I found Hardy’s writing absolutely gorgeous, and I loved just saying his characters’ names: Clym Yeobright, Eustacia Vye, Diggory Venn.  Plus he sets his book in the kind of remote English village I always fantasized living in.

And then there’s Eustacia.  On a surface level she and I had nothing in common.  She’s gorgeous and passionate and full of big dreams.  She’s pretty much the exact opposite of someone who spends their days buried in books.  But I read this book at a tempestuous time in my life, and somehow Eustacia embodied everything I was struggling with. She’s not a good person but she’s also not horrible; she just goes after what she wants, and sometimes she changes her mind and wants different things.  And since she’s everything a proper woman is not supposed to be, I found I admired her greatly.  Even though I probably wasn’t supposed to.

Maybe we all have that one book that we can’t believe was actually “assigned reading”.  This was mine. 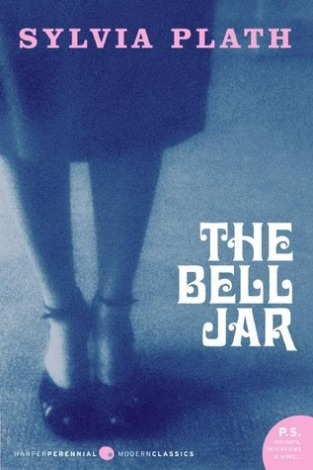 As a lit major, with a part-time job at a bookstore, college was reading heaven.  I read most of the works of Margaret Atwood, Marge Piercy, and Isabel Allende.  One of my favorite classes was on English and Irish playwrights, and I loved everything by George Bernard Shaw and Ibsen.  My short list of books that shaped me in the early 90s: Gone to Soldiers, Animal Dreams, Emma, Lonesome Dove, Cat’s Eye, The House of the Spirits, Woman on the Edge of Time, and The Secret History. I discovered Barbara Kingsolver long before most of you did, and I met Larry McMurtry a few times at my book store.

But among these books, the one that shook me the most was Sylvia Plath’s The Bell Jar.  Sometimes people minimize this book as just a thinly-veiled autobiography of the author’s experience with depression.  And yet, that doesn’t explain why so many women have related to her portrayal of Esther Greenwood.  Esther is a smart, independent woman and a talented writer, and yet she struggles to find her place in the world.  She starts out having everything, and then she falls into despair.  The people in her life don’t understand what she’s going through, and she’s really not able to reach out to anyone for help.  It’s difficult to explain how much I identified with this book, so I won’t try.  But I know I’m hardly the only one.

I found Esther terribly brave, and also terribly sad – and I’ve always wanted to know more about Plath because of it. I’m not a biography reader but I have a book of her letters on my shelf.  I think Plath was terribly brave to share this much of herself with the world.

I re-read it a few years ago and found it just as rewarding, although I could see it from a very different perspective.  I expect I’ll keep re-reading this book every ten years or so.

Those are some of the books that shaped me.  Now I’ll pass along the question: what books have shaped you?

6 comments for “The Books that Shape Us”

Join 1,964 other followers
Follow The Book Stop on WordPress.com