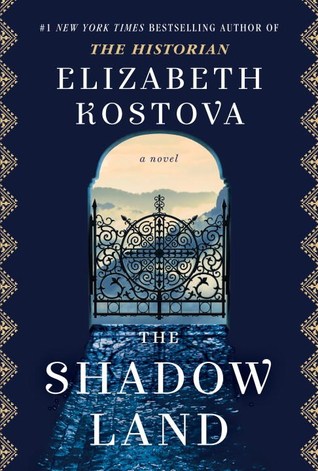 Kostova’s new novel is reminiscent of The Historian, in that it’s a big, sweeping tale that will take the reader all over modern-day Eastern Europe.  It’s quite different, however, in that there are no vampires.  But there’s still horror.

The weakest part of this book is the beginning, because the story seems implausible at first, but once I got into it I was hooked.  Alexandra, a young American woman, travels abroad for the first time to take a teaching job in Bulgaria.  She’s aimless and still mourning the death of her older brother when they were teenagers.  When she’s dropped off at the wrong hotel in Sofia, she encounters a family and accidentally switches one of her bags for one of theirs.  When she discovers what’s in the bag, she decides she must find the family — but she has only a photo, a name, and one possible destination as clues. She also has little money and almost no understanding of the language.  Fortunately her friendly cab driver “Bobby” (not his Bulgarian name) embraces the challenge.

The first half of this book is part mystery, part travelogue, as the two criss-cross the country picking up clues about this elusive family.  Soon it becomes apparent that someone else is looking for the family as well, and Alexandra and Bobby may be in danger.

From mystery to thriller to historical novel, the book takes a serious turn as it delves into the history of the Communist takeover of Bulgaria. This is not something I knew much about, so I found it fascinating reading.  It was also interesting reading about communist oppression so soon after reading 1984, which felt eerily similar. And of course Russia is everywhere in the news right now.

Most of this book worked. Kostova’s descriptions of the country are beautiful and made me feel I was there.  When I travel, I’m always happiest to get out of the big city and see the countryside.  I felt she’d taken me on a cross-country trip, with some mystery to boot.  More importantly, the history Kostova imparts is very powerful.

What didn’t work so well: Alexandra is an interesting character, but I struggled with the fact that she runs all over the country with a stranger, and when it clearly makes the most sense to leave the luggage with the hotel.  Although I will say it reminded me of my first time setting foot in another country, alone, anxious, but really wanting to have an adventure and step outside our usual boundaries.  So yes, she throws caution to the winds but in a way I could understand that.  Bobby’s story didn’t work as well for me.  While we learn enough about Alexandra to really engage with her on this journey, we learn little bits and pieces about Bobby, and some of them don’t seem terribly relevant.  He’s needed as a driver and a translator, but as a character he’s only an outline.  I did like the way he and Alexandra get to know each other as time goes on, but he never seemed very real.

I felt the book was well-paced and nicely detailed. It’s a bit formulaic in the first half, in that Alexandra and Bobby drive somewhere, then pick up a clue, then drive somewhere else, then pick up another clue.  You get the picture.  Still, that’s how nearly all mysteries are written, and here the story makes the repetition worthwhile, as long as you can get past the idea that some of these clues are pretty flimsy to justify driving for hours and even days.

Kostova tells us in the Author’s Notes that Bulgaria is her “beloved adopted country” and that makes this book more meaningful (her husband is Bulgarian).  This book reminded me of why I travel — to learn about places and people and history, and to expand my perspective.  Alexandra gets off the plane needing to “get out of her head,” as my husband would say, and her adventure in Bulgaria does exactly that.

Although not a perfect read (I could have done without the last chapter), I’d call it a very good one, especially if you like travel and historical fiction.

Note: I received a complimentary copy of this book from NetGalley and publisher Ballantine Books.  The book was published April 11, 2017.  This book also meets the Reading All Around the World Challenge.

← Ten of the Most Unique Novels I’ve Read
Reading Diversely: Around the World Reads →

3 comments for “The Shadow Land by Elizabeth Kostova”