This week’s topic, hosted by That Artsy Reader Girl, is the Top Ten Books I Meant to Read in 2018.  There’s a whole lot more than 10, but I’ve already written about backlist books I want to read and challenge books I want to read, so I focused here on the literary releases in 2018 I didn’t get to.  Most of these books come from the 2018 Women’s Prize and Man Booker Longlists, but a few were late 2018 releases so maybe they will show up on 2019 award lists. A lot of them were also on other bloggers’ Best of 2018 lists. 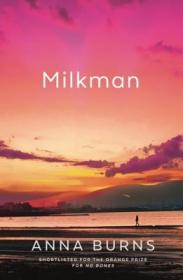 From the 2018 Man Booker Prize Longlist:

From the 2018 Women’s Prize Longlist:

A few of these I own already, and most are on my hold list at the library.  Which of these have you read, and which ones do you recommend?

← Review: There There by Tommy Orange
Our Travels in South America →