What will be on the Women’s Prize for Fiction longlist?

The longlist for the Women’s Prize for Fiction (formerly Baileys Prize) will be announced March 8.  I always find a lot of great reads from this list, like last year’s winner, The Power. The Prize considers novels written by women in English, published in…

The Best Books of Summer: Review of The Power by Naomi Alderman

When I went on vacation I didn’t get to review some great reads, so I’m working on catching up.  This one was my favorite. Alderman’s novel won the Bailey’s Women’s Prize for Fiction in 2017, but I was a little afraid it wouldn’t live… 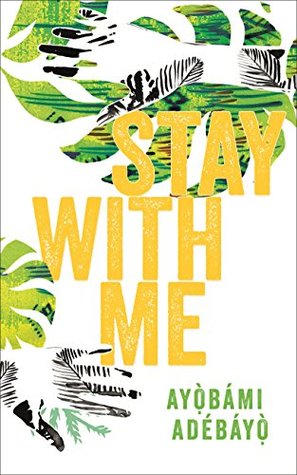 I found this book about a marriage in Nigeria fascinating and meaningful, although it wasn’t quite what I expected. The story begins with a married couple who now live apart.  Yejide is going to see her husband after many years for his father’s funeral….

Reading the Bailey’s Longlist: The Lonely Hearts Hotel and The Gustav Sonata

Both of these books were on this year’s Bailey’s Prize for Women longlist, although neither made it to the shortlist (in addition to Hag-Seed). The winner of the Bailey’s Prize will be announced June 7. Though quite different, these two books had several things in…

For some reason I started this book several times; it didn’t quite grab me at first.  I suppose a story about a theater director seemed like it might be pretentious.  I should have realized that Margaret Atwood wouldn’t write a pretentious book.  Once I…

Books I read on vacation: mini-reviews

I don’t normally write catch-up reviews, for two reasons.  First, I read these books in the middle of July so I don’t remember them so well, and I wasn’t exactly taking notes.  And second, I’m not a big fan of the mini-review.  You know…

The Glorious Heresies by Lisa McInerney

I had heard so many good things about this book (it won the 2016 Bailey’s Prize) that I was nervous it might not live up to expectations.  It absolutely did. I was immediately drawn into the story of Ryan, a fifteen-year-old boy with an…

I heard great things about this book, and unfortunately I felt mixed about it.  On the positive side, it’s an interesting historical look at the turn of the century whaling industry in New South Wales in Australia.  On the negative side, I felt the… 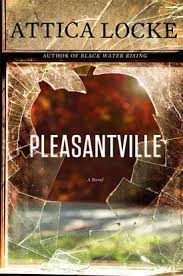 Pleasantville is part of a series about a Texas lawyer named Jay Porter. I try never to come into a series in the middle, but this book was on the Bailey’s Prize longlist so it seemed worth a try.  Although coming in at Book… 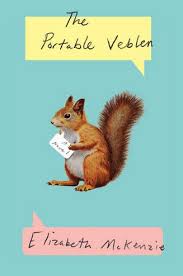 The Portable Veblen is my favorite book of the year, so far, and easily my favorite among the Bailey’s Prize nominees I’ve read. I was worried going in that this book was going to be too cute for me.  I’m not a fan of…

A God in Ruins by Kate Atkinson 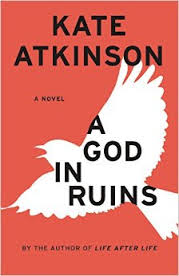 Thank you, Kate Atkinson, for this fantastic book.  I’ve been a fan of Atkinson for years, but while I could appreciate Life After Life, the multiple-life plot device made it hard to really get into the story.  A God in Ruins was exactly what…

The Bailey’s Women’s Prize for Fiction is an award given by the UK to the best novel each year written by a woman.  Authors may come from any country.  Each year the Bailey’s judges nominate a longlist of 20 books and a shortlist of…

I read nearly every genre and love to talk about what I read. Some of my favorite genres are historical fiction, mysteries, science fiction, fantasy, and children's literature. I try to read diversely and travel the world through my reading. I love books that make me feel I'm in another world -- and also books that help me to better understand this one.

With the Fire on High

The Most Fun We Ever Had

Get a Life, Chloe Brown

Vera Kelly is Not a Mystery

Djinn Patrol on the Purple Line

The Only Plane in the Sky

Clap When You Land